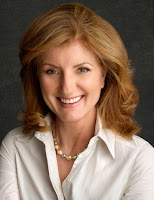 "We do big things," President Obama said during his State of the Union speech in January. And, in fact, we do. Sometimes. Finding and dispatching Osama bin Laden certainly qualifies. "We are once again reminded," the president said after announcing the terrorist's death, "that America can do whatever we set our mind to." But if that's true, why are our leaders so accepting of a stagnant economy?

This kind of naive thinking is ubiquitious over time and space, the idea that collectives can do whatever they want because of examples like landing a man on the moon, winning World War 2, and now, killing Osama bin Laden (which given its cost, is hardly a great example of Federal success). The implication is that all we need is the will, and we can accomplish anything we set our minds to. Life teaches us that there’s only one corner of the universe you can be certain of improving, your own self, and even that does not imply you will be materially richer for it.

We have some affect on our family, less on friends, imperceptible on strangers. The idea that outsiders can materially improve an entire demographic--Gypsies, the unemployed, Haitians--via some federal job or income program involves a rather unempirical conceit about the ability of progressive policies to bend complex systems to our ends. To create real jobs in the public sector, jobs that provide benefits greater than their costs, is just as difficult as it is in the private economy without government. If it seems easy the result is merely consumption.

Stalin's five year plans, Nixon's War on Cancer, Johnson's War on Poverty, all shared a deep commitment from those up top. There are some things that can't be fixed merely by outsiders with good intentions, in part because they may be insoluble, in part because they may actually induces counterproductive incentives to lower level individual incentives. I remember when I worked with the CEO of KeyCorp, and can tell you he really really wanted our stock price and ROE to rise above its peers, but that didn't make it happen.

Hayek said it best in his Nobel speech:

If man is not to do more harm than good in his efforts to improve the social order, he will have to learn that in this, as in all other fields where essential complexity of an organized kind prevails, he cannot acquire the full knowledge which would make mastery of the events possible. He will therefore have to use what knowledge he can achieve, not to shape the results as the craftsman shapes his handiwork, but rather to cultivate a growth by providing the appropriate environment, in the manner in which the gardener does this for his plants.

Federal do-gooders have ignored this advice, increased spending and regulations immensely over the past 4 years in order to create jobs. It has failed, and the predictable reaction by progressives is to double down. Real Federal outlays have increased 25% from 2008 to 2011, including a 40% increase in 'Income security', and a 23% increase in 'Education, Training, Employment and Social Services,' yet Ariana quotes economist Mark Thoma, who spouts the standard Keynesian belief that

We can't help to stimulate job growth if we don't try, and so far we aren't trying anywhere near hard enough.

The idea that good things can and will happen is we merely 'work together' or the rich pay more taxes is a popular belief, but it's still namby-pamby nonsense. It's unfortunate that even though the data have never shown that countries could spend and inflate their way to prosperity, one can cherry pick history to think this true. The War on Poverty, India's 'third way', the foreign aid disaster in Africa, Keynesian failures of the 1970's throughout Western Europe, affirmative action, and the positive results of market-centered solutions such as China's market oriented reforms, Adenauer's West Germany, the entire 19th century in the West, I think it's clear the best thing we can do is reduce the size and scope of government.

While many have rejected the comforting thought that an all-knowing God will reward and punish the living for their Earthly deeds, wishful thinking is still as prominent as ever. Theories like the Invisible Hand are seen as defeatist if not cruel, but most proverbs seem self-serving platitudes until you have personally experienced the truth of them.

We need some government, but given the current size of government, worry about anarchy is a bugaboo. Getting out of the way won't guarantee anything--especially equality--but it will certainly maximize liberty, is something we can afford, and is our best bet to maximize prosperity.

As laziness and self-pity are common vices, our greatest incentives are not positive but negative: the need to pay for essential expenditures. Our government is in an all out effort to eliminate this incentive via extending unemployment insurance from 13 to 99 weeks, making time since last payment to foreclosure going from 244 to 500 days, and creating make-work jobs in trendy areas like light-rail and ethanol production. Macro stagnation is the direct result of government encouraged micro stagnation, of people continuing to do things that make no economic sense for fear they won't appreciate the necessary transition. Remember that the initial reaction to the Exxon Valdez oil spill was to steam clean the rocks to get rid of the oil, which later was seen as more harmful than doing nothing; putting out little forest fires in Yellowstone created a huge backlog of kindling that created a horrible set of fires in 1988; AFDC created generations of people dependent on government without any job skills; paying people to destroy working cars increased the cost for those who did not already have cars. Complex systems are invariably made worse by outsiders trying to directly make things better.

Allowing people to fail incents them to make optimal decisions, no less so for Joe Sixpack than for Bear Stearns. It is a shame that large corporations are so cravenly dependent upon government for favors, but given the size of government and the capriciousness with which it can apply the law and create valuable favors, a corporation is like a college football program: it can't be big and not somewhat corrupt. Government can't increase our aggregate income any more than it can increase our aggregate happiness, and the sooner everyone realizes this the better off we all will be. At the rate we are on the path of all failed states where every bug needs a patch which needs another fix, all the while the size of city, county, state, and federal government keeps rising. If you look at failed states throughout the Third World you see this game does not correct itself, it simply creates a patronage system, and hypocrisy becomes a necessary tactic as bureaucrats spout populist rhetoric about how their parochial powers are in the best interests of the people.
Posted by Eric Falkenstein at 10:31 AM

I think I agree, but then I don't like your examples...

Specifically the Foreign Aid disaster in Africa, Keynesian Failures in Western Europe in 1970s. Foreign Aid in Africa is a mess and the institutions there suck, I don't know why that is a fair comparison to western governments, and one could easily point to the success of the post-war rebuilding in Germany and Japan to say foreign aid can work.

As for Keynesian Failures in Western Europe you could also easily point to Keynesian successes in East Asia...

The point you make well is that our government is huge and is trying to do too much. Governments and some top-down planning can do some things well when the situation is right, as it was in a good portion of Asia in the last 50 years, and post-war Europe, and in a post depression USA.

Right now maybe there isn't a whole lot that the government can do to re-employ the long term unemployed, but I can't dislike the attitude that hey people are struggling lets fire up folks.

And it doesn't seem to me that spending on Education and Infrastructure are the problem. Econ 101 models tell you that there are issues pricing pubic goods, and there can be huge positive externalities to their implementation. Check the budget, in poster form!

So I agree that there is a time and a place for government, and a lot can be improved. But all government isn't bad all of the time.

I think Hayek is under-appreciated because his message comes off as a bit antisocial, just like this post. So hey Falk stop being so fussy, be a little more like Keynes (but not as much as the ever-whining Krugman), and you'll have more friends. Just like Arianna Huffington.

(here is rap-battle proof that Keynes had more friends)

"Allowing people to fail incents them to make optimal decisions, no less so for Joe Sixpack than for Bear Stearns. It is a shame that large corporations are so cravenly dependent upon government for favors, but given the size of government and the capriciousness with which it can apply the law and create valuable favors, a corporation is like a college football program: it can't be big and not somewhat corrupt."

This is a rather pathetic justification for applying socialism to the rich while simultaneously imposing the most brutal form of libertarianism on the poor.

And yet, all the World's happiest countries are socialist. It's no wonder the rich in the U.S. are happy; they really do live in a socialist paradise (for them anyway). Data! http://www.forbes.com/2010/07/14/world-happiest-countries-lifestyle-realestate-gallup-table.html

Brad F., education is not a public good. It is (to some degree) rivalrous and excludable in consumption. You can get only so many desks into any given classroom.

And, even if it was, as David Friedman is fond of pointing out, there are negative externaliites associated with it; better informed rent seekers.

anon: None of these countries are socialist using the definition of having public ownership of the means of production, they merely have substantial governments that are large percents of GDP. You find countries like N. Korea, Iraq and Cuba with the largest states, and stateless countries like Afghanistan, Turkmenistan, and Haiti at the bottom, both bad. If you think % of economic activity by government generates a strictly positive derivative, note it is much larger in our pathetic inner cities such as Detroit, and as mentioned, our Keynesian stimulus plans, and other US fiscal plans, have been a rather strong failure.

Brad: I think post WW2 government proves free markets work, because Konrad Adenauer rejected Keynesian advice and his economy thrived, Japan also is primarily a market based economy. I think the trillions wasted on foriegn aid is very instructive; how many billions does one have to spend before one is convinced it didn't help? Do they need to merely 'double down'? A good example of the folly of government is here, where two do-gooders talk about how they are helping people by spending money, never mentioning the cost. Give me $1B and I can help a lot of people, it's the opportunity cost that matters, and they are totally oblivious to this trade-off. it is simply improbable they are covering their costs if they are not even aware they have any.