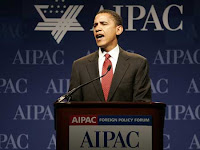 A good starting point for the idea that our government shouldn't try to fix everything, is foreign policy, which is even harder than economic policy. It's important to know what is and isn't our Federal government's business.

Jimmy Carter and Noam Chomsky are perfectly consistent when they argue for UN Security Council Resolution 242 because they believe in redistribution of money and power based on inequalities they believe are the result of illegitimate expropriations. The rich, in general, are the beneficiaries of previous injustices.

Historically American Jews have voted Democratic, and exit polls showed 77% voted for Obama in 2008. It certainly is politically beneficial to present yourself as a persecuted minority if you can, and just like African-Americans Jews are a minority. In the long run, this won't stand because Jews are relatively successful, and so via inevitable liberal logic they are a hegemon who needs to share their wealth. Obama's call for a return to 1967 borders seems a consistent stand within the Democratic party, and especially the very progressive US State Department.
Posted by Eric Falkenstein at 11:23 AM

if someone had actually said they expect Israel to go back to pre-1967 borders...then this would still be a crude straw man argument steeped in malice.

Yeah. The big problem with Obama is that he thinks the dog should wag the tail - that American foreign policy should be based on America's national interests. The Israel lobby will put him in his place.

Not a subject I am well-versed in but opinion piece in the WSJ yesterday said: "These individuals are absolutely correct that a return to the 1967 lines would be an unacceptable proposition for Israel. But Mr. Obama never said Israel should return to the 1967 lines. He said the 1967 lines with mutually agreed swaps should be the basis for negotiations ... The concept of land swaps has served as the basis for every serious attempt to resolve the Israeli-Palestinian conflict in the past decade."

(Obama speech quote given: "The borders of Israel and Palestine should be based on the 1967 lines with mutually agreed swaps, so that secure and recognized borders are established for both states.")