Taking Offense is not Righteous 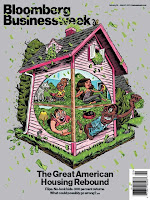 Curiously, a former definition of impoliteness has become a new focal point for all sorts of political and psychological offense.  I remember Miss Manners noting that politeness has two, related, sides: not giving or taking unintentional offense. That's clearly old school. There seems to be a public bounty for perceiving slights, and lots of columnists are full-time commentators noting the latest injustice to their tribe (eg, shocking cover on right). There's a website called MicroAggressions documenting slights felt by people who don't appreciate the guy who opened or failed to open the door for them. Interestingly, the more they talk about things, the more people get upset by people getting upset ad infinitum.

One of my favorite scientists Michael Gazzaniga writes about a study by Kleck and Strenta (1980)  that showed how our left-brain interpreter is driven to seek explanations for events. In the study the subjects had a scar applied to their face with makeup, which they observed in a mirror. They were told that they were going to have a discussion with another person, and that the experimenter was interested in whether the other person's behavior would be affected by the subject's scar. The subject was instructed to note any behavior that they thought was a reaction to the scar. At the last moment the experimented said he had to moisturize the scar to prevent it from cracking, and then surreptitiously removed the scar.

When shown a video of the other person's facial reaction taken during the discussion, the subjects reported being treated horribly, and noted things like looking away. Their reality was based on two faulty pieces of information: 1) they had a scar and 2) their conversation partner glancing away more than usual. If you give people a good reason to believe someone is biased against them, they will perceive that bias regardless.

Unfortunately, no one talks about that study, but rather the more agreeable stereotype threat research that reinforces the notion that institutional racism powerfully discourages groups like blacks, women, and moms, into performing stereotypically   The idea here is that if you prime subjects to do poorly on a Raven matrices test, they will conform to the stereotype statistically. 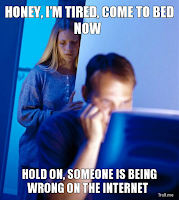 A key to good mental health includes the art of not being offended. To do this, you should see that every statement, action and reaction of another human being as the sum result of their total life experience to date, and so it really has very little to do with you. To the extent they are implying you are a knave, fool, or tool, it usually has more to do with them than you, especially in contacts with people one doesn't really know (eg, cops, waiters, teachers).

We are often stand-ins, the chess pieces of life to which others have their own built-in reactions. When we provide no Velcro for it to stick, something changes in the world, and most importantly, you aren't brought down thinking about the implications of some poorly thought-out actions.  Contemplating or correcting those with bad thoughts is like staying up late trying to make sure no one is wrong on the internet. Though it may take a lifetime of practice, a thick skin is truly one of the best kept secrets for living a happy life.

Unfortunately, people today are taught the opposite, to find slights based on whatever angle gives them their greatest insecurity or platform, which somehow will bring justice to the world. It's really a bad meme, counterproductive for the individual and society.
Posted by Eric Falkenstein at 9:00 PM

Perhaps you should be careful about what you provide links to. My daughter was disappointed.

I'll take a pass on your book and will unsubscribe from the RSS feed.

Jeffrey, great illustration of the theme of this post. Bye.

I believe this was the basis of definition of a liberal as described by Bertrand Russell.

"The essence of the Liberal outlook lies not in what opinions are held, but in how they are held: instead of being held dogmatically, they are held tentatively, and with a consciousness that new evidence may at any moment lead to their abandonment."

Instead the word 'liberal' has just come to mean an opinionated leftist with a dogmatic zeal to his opinions.

I do not always agree with Eric (especially his support for the intolerant right, who appear to pride themselves for their image as people who take offense very easily) but am an ardent admirer and a regular reader.

FWIW, I read an interview of John List by the Richmond Fed a few months ago, and he noted that he once tried to do some experiments on stereotype threat - he wanted to see if he could find ways to suppress the result, but ended up giving up after repeatedly failing to produce the result. His belief is that it doesn't exist - that the studies that have found it have been the 1-in-20 experiments that get p-values below 5% by chance.

It also seems that there might have been something different about the setting he used, so I don't fully defer to him on this, but he is both smarter and more knowledgeable than I am, so I mostly defer to his opinion.