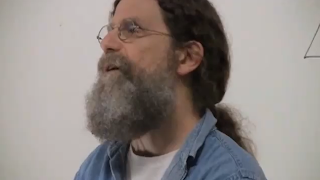 Robert Sapolsky's book Why Zebra's Don't Get Ulcers focuses on how stress increases serum glucocorticoids (eg, cortisol) and these lead to higher mortality from many dimensions, but primarily arterial sclerosis. He did original work examining baboon troops and found glucocorticoid levels inversely correlated with status, mainly because when you are low status you are often randomly slapped by a higher ranking baboon venting frustration, or have your hard earned meals swiped.

Interestingly, if you are navigating a baboon hierarchy, it actually is good therapy to take out a recent slight by smacking some random lower ranking baboon, as he measured their stress levels before and after (Sapolsky notes that, with some exceptions, he doesn't really like baboons; they're mean). Further, another thing that raises stress is fighting for position in the hierarchy, so when a new alpha male comes into the troop and everyone has to compete again for position, this is stressful. Think of a baboon leadership change as a recession, in that the creative destruction from new leadership may help the troop in the long run, but in the short run everyone feels worse.

This stress-hormone-mortality connection has a direct analogue in humans, as evidenced by the famous Whitehall study, which did a lengthy longitudinal study and found that a British civil servant's level was inversely correlated with mortality rates, primarily from stress-related arterial sclerosis.

Yet, Sapolsky's explanation of why status matters to humans is rather weak. He argues that, like low status baboons, poor Americans are physically hungry, and pushed around by their betters (eg, no bathroom breaks for factor workers). In fact, the lowest SES individuals are both fatter and commit more assaults than those in higher socioeconomic status levels. Stress isn’t mainly caused by objective insults, but rather subjective ones, primarily feeling under appreciated. This is highlighted by Sapolsky's own work, which noted that human subjects glucocorticoid levels increased when faced with stressful social evaluations, not when faced with merely difficult logic puzzles. He can't escape his Marxist instincts and goes for dialectical materialism, where the structure of production implies classes, alienation, and angst.  I see it more like in Aaron Beck's cognitive therapy, where dysfunctional thinking, behavior, and emotional responses lead to lower income and poor appreciation from others in general.

If you like science and lean libertarian as I do, you have to get used to gratuitous asides about how inequality or ignorance is merely a choice of an indifferent society, and that obviously if we wanted to, we could spend more on the poor and look just like Sweden. After spending trillions of dollars on Third World aid, and on the War on Poverty here in America, this is clearly not true. Americans have not chosen more inequality out of indifference to the poor, rather, it's an emergent response to our naive attempts to directly rectify these inequalities: SES indicators of all sorts stopped improving right around the time welfare and civil rights started exploding in the 1960s.

It is somewhat sad to think that so many humans suffer angst thinking about things like mortgage payments or how our children will fare, while Zebras are pretty stress-free as long as lions or dominant males are not messing with them.  Thus, they don't get ulcers because if the stressor isn't right in front of them, it isn't there.  It gets back to Socrates' question as to whether you would prefer being a happy pig or an unhappy human.  Surely, once you've take the blue pill you can't go back, but it's not obvious to me that many unhappy humans would have had a better life as a happy pig.
Posted by Eric Falkenstein at 9:22 PM

So how can we be bonobos instead of baboons?

> pushed around by their betters (eg, no bathroom breaks for factory workers)

That one is an example of being pushed around *by reality*.

Assume there are 100 people on an electronics assembly line, each one doing some small specific task with some small specialized tool and set of parts and bit of local knowledge. If the girl in the middle of this line spontaneously decides to go take a bathroom break, THE WHOLE LINE HAS TO STOP and wait for her to get back to work. She is interrupting the productivity of 100 people. Even if everyone upstream keeps working, the product would have to stack up at her station waiting for her to come back, since nobody downstream can do their part of the job until she does hers.

Now if *everybody* on the line has the ability to take bathroom breaks whenever they want, then when she comes back somebody else gets up and takes their break, making the line stop again but with stock piling up somewhere else. The upshot is that bathroom breaks on an assembly line NEED to be carefully coordinated - a factory in which they weren't simply couldn't function.

Well, we often try. But it's good to know which we are more like to understand how people actually behave. Sapolsky does note that baboon culture does affect the amount of violence that is accepted, and so a troop that lost most of its males developed a more easygoing female culture that persisted a decade later, well after many new alpha males came over. They accepted the new norms. Yet, one can imagine an accident of history taking them the other way just as well. It's sort of like Pinker's History of Violence, which notes that over time we aren't as accepting of the cruelty our ancestors tolerated, which is a good thing, though we shouldn't take it for granted.

There is some omitted variable bias here, no? So if you're saying after 1960 peoples lives were subsidized by huge government programmes, that caused rising income inequalities... Peoples lives were subsidized during WWII (and immediately after), during the depression, during WWI. so unless you're comparing the 1960s to the roaring twenties or the beginning of the industrial revolution around 1870, this is a really bad comparison. Right?

The poverty rate among blacks was nearly cut in half in the 20 years prior to the 1960s, a record unmatched since then, despite the expansion of welfare-state policies in the 1960s. See Sowell here.

then there's the rise in female-headed households

Some scientist - the notion that stress causes ulcers is about as outdated and tenuous as his political philosophy.

You’re probably right but as a libertarian just remember that the Democratic Party platform is more or less built around building a happy pig super majority. Maybe if you reach “happy pig” status by some combination of metrics…you lose your right to vote. That might work.

Merc: Actually, he addresses the bacteria factor pretty well. He notes it is a causal factor, but that glucocorticoids then affect the immune system, allowing the little ulcers caused by bacteria to grow more. He goes over the whole history where at first bacteria was ignored, and gives them their props.

Why can't we be more like Sweden? You don't really say. Are our attempts to help the poor more "naive" than Sweden's? Doubt that's what you think. I'm guessing you're vague because the real reason you think the US is different than Sweden is very un-PC.

Firstly: Ulcers have nothing whatever to do with stress. That has been known for well over a decade, but still hasn't filtered down to everyone's family doctor.

Second: Low status people are more prone to heart disease and have higher cortisol levels. The current favoured theory is:

In reality 1-4 and 4-1 are all questionable, and the idea that interventions 3 to 1 would work at all is barely above "possible". Certainly there is no direct evidence for the efficacy of 3-1. Indeed, some (point 5) interventions which provably reduce the rate of heart attacks have nevertheless been shown to *increase* overall mortality. The difference was apparrently mostly made up by increased suicide: "This intervention will prevent you dying of heart attacks, but will make you feel so bad you will kill yourself" - not quite the sales pitch you want.

Of course people who are ill are stressed. Assuming they are ill because they are stressed rather than the other way around is ridiculous.

Eric, have you tried plotting top income tax rates along with SES indicators over the last hundred or so years across a number of nations? Can we conclude that a top tax rate over 60% will do what the War on Poverty didn't?

a vast range of social and health pathologies are highly correlated with income and wealth inequality.

economics is just a smokescreen to support the status quo by studying meaningless economic aggregates like "gdp" "growth".

mitt will send us into depression and war if he is elected....