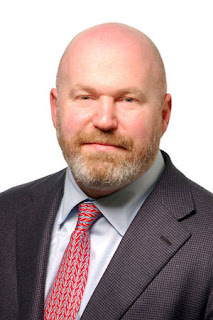 Cliff Asness has been thinking, writing, and investing on value and momentum ideas since the late 1990's, and as the head of a successful hedge fund, it's fair to say he's one of the world's foremost experts on these equity factors. He and Andrea Frazzini recently put up a The Devil in HML's Details on the SSRN, so this is all new to me even though this paper has been around for a year elsewhere (strangely, there are more downloads than abstract views).

Here's the finding. Value, as reflected by stocks have low book value/price ratios, outperforms its opposite, growth. These studies, however, generally use data from December 31, to create portfolios on July 1. This is because in the bad old days it was hard to get actual fiscal year ends, and some end in March, June, etc. Using the prior year's book value to the next July seemed like a conservative assumption, and matching that with market data from the same time also diminished some measurement issues. These value/growth portfolios would be held for 12 months, implying such information was 12-18 months old. Well, if you use the most recent data available, you can increase the value alpha by about 3% annually, which is quite significant.

This shouldn't be a surprise, but I did always notice that Dimensional's Large-Cap value portfolio has outperformed Ken French's Big/High portfolio returns since 1993 by a good 1.3% annually, which given transaction costs that should handicap Dimensional, I always found a little odd.  Mystery solved.  It's good to know that stale data is not better than the most recent data (except when creating momentum factors, which you want to lag just a little bit to account for some really short run mean reversion).

Posted by Eric Falkenstein at 9:25 PM


The other problem with using historical data is that it is subject to re-statements again reflecting information not available to investors. Although point-in-time databases are now widely available, they don't seem to be used much by academics. Perhaps because of customs?

As for point in time, I don't find they help. I have yet to document myself, nor see anyone else, find these point in time databases change any of the big patterns out there (eg, value, size, etc.).

The paper only changes the timing of price. Any critique of book would apply to all value back tests.

Eric's post is mainly right but the paper's real point is about value in relation to momentum. Value with up to date price works WORSE than stale price, but is far far more negatively correlated with momentum, making the combo of it and momentum better than the norm.

Re PiT data, at a recent talk Bank of Canada economist Paul Gilbert used the nice term "vintage" data to mean the same thing. The term might be in common use but was new to me.