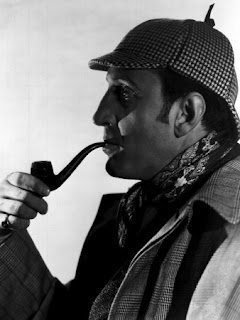 One interesting interpretation of Freud is that he modeled his approach based on his readings of Sherlock Holmes (see Sebastiano Timpanora). In those books, Holmes would trace the faintest clues and infallibly solve a puzzle that would daunt your average person. Freud then though if he could supply a dynamic explanation for virturally every reported dream or error, the soundness of his method would be demonstrated, so Freud's case studies read a lot like a fun mystery novel. It turned out detective stories are a bad template for creating a new science because it is all post hoc rationalization, and unfalsifiable, basically the signature field Karl Popper used to explain what is not a science.

Our narrative brain theorizes and is often wrong, but of course it does the best it can. Interestingly, the left side, the language side, is the theorizer. Thus, if you show the left brain a sequence of lights that flash above the line 80% of the time, rats and pigeons and 4-year olds do better than adults because our left, theorizing side, tries to guess which one will be above or below the line, matching only the relative frequency, but wasting many choices below the line. We basically become dominated by our wacky, theorizing left side around age 5, which as any parent will tell you, is well before reasoning has been perfected.

In contrast, if you merely show the pattern to the right side of the brain, as Michael Gazzaniga has done with his studies of split-brain patients, the right side is a simple bayesian, and goes with the frequentists approach (see his book Who's in Charge?). So, half our brain is a simple bayesian looking at data without much theory, the other half a theorist trying to integrate, analyze, and generalize.

Freud was only doing what is natural, coming up with theories, but he forgot that old cliche, moderation in all things. Look at the data too. If they contradict your theory, or cannot be really contradicted by data, alter your theory. The problem seemed to be that Freud was always the smartest kid in the room growing up, so he probably thought he could simply make up anything at all, because he could argue for or against anything with complete confidence he would win as he always did. Unfortunately he learned fake thinking, the kind salesmen, lawyers and politicians are especially good at, which is reasoning and arguing without a prioritization of the truth. For him the truth was merely a tactical constraint, a concession in small facts, never for the big one.
Posted by Eric Falkenstein at 10:09 PM

I’ve always thought Freud was too obviously self-referential and inductive in his theories about how the mind works (no, I don’t want to sleep with my mother thank you very much). But interestingly, Freud’s contributions to the advancement of actual medical science seem to be lost in the fog of history. Originally something of a neurologist, he made several significant contributions to the field http://www.ispub.com/journal/the-internet-journal-of-neurology/volume-3-number-1/sigmund-freud-md-forgotten-contributions-to-neurology-neuropathology-and-anesthesia.html ) and introduced his ophthalmologist friend Karl Koller to cocaine, as an ocular anesthetic.

Today, the ophthalmology specialty prides itself on being the first to have performed “real surgery” - which of course requires an effective anesthetic. A cocaine solution applied directly to the eyes and surrounding tissues allowed for enough numbing of sensation for an operation to be performed (while the patient could still move his eyes as instructed). Freud had been sampling the wares on the side and was very much impressed by this apparently miraculous drug. When he became acquainted with other, less miraculous effects of repeated cocaine use, it got him interested in the field of what became psychology.

"fake thinking" - how one does know if is really thinking or just faking it? It seems to me that real thinking hurts, like real lifting weights.

Its fun to takedown Freud but his methods did lead to profound psychological change for a lot of people. And Freud was definitely looking at data; those people who came seeking help his help.

Now naturally psychology (especially clinical psychology) has been refined and improved on Freud's first salvo into the world of the mind. Including more extensive statistical testing. But his first steps were critical for these later advances.

By the way isn't being a "simple bayesian, and [going] with the frequentist approach" a contradiction?

Right, and Freud also pioneered the subconscious/conscious split, gave us the first model not-obviously-wrong model of memory and the pretty fundamental idea that people have competing drives inside them and that they're not a complete whole.

He also knew that, of course, all psychology would eventually require us to peer inside the brain, but in the early 20th century, there is nothing that lets you do that...

Of course, while the content of his assertions might bear remembrance and credit, his method was profoundly non-scientific and that anything he discovered at all has remained in psychological sciences suggests more about how nascent they were rather than testifying to his profound insight (imho).

bayesian, frequentist, I guess those aren't the same. In Gazzaniga's example, the right brain chooses the simple most probable choice without trying to guess patterns, so that's frequentist. Alison Gropnik states that babies are little bayesians,presumably in how they integrate two very simple patterns. So I guess I should say a simple bayesian, or a flexible frequentist...