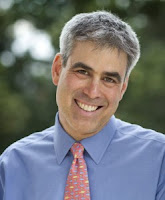 I really enjoyed Jonathan Haidt's latest book, the Righteous Mind. It is filled with many facts and ideas I wasn't aware of, and it makes me feel like I know more about myself and the world. Reading such books is one of the finer pleasures in life.

There are many things I found interesting and profound. For example, sport is to war as porn is to sex, a harmless release for a primitive urge. He notes that judgment and justification are two separate processes, and our narrative part of our brain, the voice we all hear in our head when we talk to ourselves, is just the justifier. Don't trust it! It is a partisan hack for your intuitions. IQ is a predictor of how well people argued as measured by the number of arguments they use to buttress a hypothesis, but not better than others at finding reasons for the 'other side.' So, given one of his big ideas here is that we intuit our beliefs first, then rationalize them, it seems our analytic side merely helps us better convince ourselves and others we are right, and not be right in itself.

An important point he doesn't mention is that most of our beliefs do not pertain to matters of pure logic, but more complex assertions that are based on a wide set of data and assumptions. Thus, if everything were a math problem, we could trust our reasoning, but unfortunately life isn't a math problem, so we can't trust reasoning to get us to the right answer. That seems pretty convincing with my observation that after a certain level, more smarts does not make you wiser, just able to generate a broader, more articulate, or more rigorous defense of your beliefs.

He makes a good case for trying not to form an opinion on something too quickly, and see the other side's argument using their best faith, best arguments, and really letting them stew in your brain for a while before articulating a rebuttal. This way you will actually change your mind on occasion, and hopefully fixate on correct beliefs more often. If you announce a side it is hard to change your mind because your talking side really want to convince others and yourself that you were right all along, and your biases 'blind and bind' more quickly the more you invest in them. To have strong opinions, weakly held, means you can't advocate for them too strenuously too quickly.

But let me address something I think is wrong. He says there are 6 innate values people have

Liberals, in Haidt's view, value care and fairness the most to the exclusion of the others; conservatives value all of these. Most non-Western cultures value all of these. He thinks liberals, of which he is one, are wrong to dismiss loyalty, respect for authority, and sanctity as backward because these are all helpful intuitions in living in complex societies where a lot of trust is needed.

Yet, I too find myself prioritizing care, fairness, and liberty, and not very interested in loyalty, authority, and sanctity, and he notes this is typical for libertarian/conservatives. To me the difference is whether 'care' in the form of welfare or affirmative action is really helpful; I find this kind of care to be counterproductive--encouraging behavior that creates dependence--thus I do seem compassionate because I do not like welfare.

Further, liberals may score low on loyalty, but they love group politics, noting various demographics underperform and thus need affirmative action. For liberty Haidt notes that conservatives are concerned about liberty vis-a-vis the state, liberal vis-a-vis corporations. For purity, liberals think about organic foods and a clean environment, conservatives a more chaste sex life. For fairness, liberal think about equality of results, conservatives equality in opportunity. So, I don't think his 6 foundations are that different between liberals and conservatives, they are just applied differently, because of different factual beliefs about the how these things actually work.

Haidt ends this book where he notes he read a book by Jerry Muller titled Conservatism, and the author noted that conservatism was not based on mere orthodoxy, but rather, the idea that encouraging respect, self-reliance, and loyalty were actually a reasoned method to help communities prosper, and their individuals to obtain more satisfactory lives. This reasoned defense of conservative values floored him, because he saw it was, at the least, intellectually defensible and could be argued in good faith. That he came to this conclusion in 2008 highlights the bubble the poor guy was in.

I don't doubt for a second the good intentions, at some base level, of everyone but psychopaths. This book just confirms that at some point we decide we know the right intuitive policies, and then we become partisan confabulators.

Having a bog allows me to articulate my intuitions, evaluate them, note the ill-tempered but sometimes trenchant rebuttal comments. Academics, politicians, and journalists really don't have that luxury because they become part of a team, and if you want to work up in those status hierarchies you have to be consistent and loyal, which means our most prominent rhetoricians aren't really thinking out loud, rather just rationalizing their team's prejudices (what they call, reasoned principles).

Haidt ends his book with a great line: 'We're all stuck here for a while, so let's try to work it out.' This is an attempt to get us to bridge political differences based on ideas discussed in his book. Unfortunately, given our desire to rationalize, the internet allows us to quickly google 'why global warming is true/false' very quickly, and we can then easily become satisfied with our assumptions because on virtually any issue there's some well written brief for any argument, and a well-written rebuttal for any argument. Thus, as it is now easier than every to rationalize our prejudices, so it is ever more important to understand why we do this, and how to mitigate it.
Posted by Eric Falkenstein at 11:00 PM

The default settings for human values can be described in far more basic terms - something like: personal, social, magical and religious. Having and valuing a scientific mindset is a fairly recent development and doesn’t always provide the escape velocity from the later two settings that so many people like to think it does.

“Conservative” and “liberal” are relative terms - it matters what you’re trying to conserve or be liberal about. To the extent that contemporary conservatism is synonymous with 18th century classical liberalism (if only!) I would say that it can be boiled down to the primacy of the individual and an acceptance of human nature (as outlined above) whereas contemporary liberalism seeks to subordinate the individual, eliminate individual human judgment as much as possible and circumvent human nature by contriving a “New Man” or utopia in one way or another.

The assertion that contemporary liberals place authority near the bottom of the value hierarchy is absurd. The farther to the left you go to the left these days the more exacting the strictures are for what to eat, how to speak, what to drive, what light bulb to use…along with endless appeals to appoint “experts” to positions supervising all areas of your life.

I have to echo that last point. This, to me, is the biggest disconnect in how the left sees itself. Your typical NYT reader truly believes that "the Man" (i.e. corporations) is fully and totally in charge of all systems of power, and that the forces of good are simply striking a blow against this leviathan of authority. The idea that the NYT itself, Harvard or the Ford Foundation constitute any kind of 'authority' at all strikes them as ludicrous. Yet they treat a missive from Paul Krugman with all the sanctity of an encyclical.

I love what little I've read of Haidt, but the idea that the left is generally anti-authority is just wrong.

I guess that from the point of view of each side in the dispute, all differences in opinion are just factual. everybody has good intentions, and believes his side of the argument to be rational. clearly it's only about the facts, and the other side got them all wrong.

only to a hypothetical independent observer, conservatives and liberals look as if they tend to give more weight to different types of "factual beliefs". let's take an example - the occupy movement. I am one of those opposing it. I have come to disagree with any kind of heroic struggle for freedom if it happens under a democracy and it involves street protests that are meant to obstruct others in any way. you can just speak your mind pretty much anywhere and vote for what you think is right. there is no justification for physically "occupying" anything and shouting out loud that you are the 99%. you already have all the means to prove that you really are the 99% - just vote, and we'll all have to live with the outcome.

to me, of course, this looks rational and "factual", leading to the greater good for the greatest number of people, yet to an independent observer it may well look like I value "respect for authority" a lot more than a liberal does, and have a lot less "copmpassion".

btw I also like the book. ended up reading it because I read the happiness hypothesis, which in turn I read because I found the review on your blog. so thanks for that!

I think the author of the book, our good host, and some of the commenters above all suffer from too US-centric a view. The subject matter touches human universals. The conservative/progressive dichotomy can be observed in most polities throughout history and geographies. The narrow tribalism of focusing on the contemporary US specimen makes you lose analytical power: transient idiosyncrasies of the specimen are turned into generalities that really aren't general. This is true in the time dimension as well: I'm sure some aspects of the current US left would be disowned by the US left of a few decades ago and may be disowned by the US left a few decades in the future.

Affirmative action is perhaps a good example: the wider left is deeply divided on the subject, both on practical and purely moral grounds, and I think in due time the pro side will eventually lose as the moral arguments sink in and evidence the policy does more harm than good in practice becomes sufficiently overwhelming.

I wouldn't be so pessimistic about the internet's role in just reinforcing existing opinion. The problem existed in the analog era as well: the left/right wingers would read left/right papers, buy books from left/right book stores, and exchange views with their friends of the same persuasion. It's actually easier for a google search to stumble on the opposition's view, even when looking for confirmation, so anyone with a modicum of open mindedness has a good chance to get to know the other side. The granularity of online media helps as well: I can follow this blog now, without being exposed to all the crud it would have been bundled with in analog format: it would probably be a column in a conservative paper packaged with a lot of uninteresting partisan crud, and I would never have been through the hoops of getting that whole paper just to access one columnist.