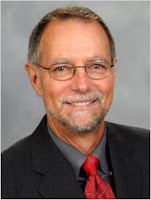 Russ Roberts interviewed Robert Frank over at Econ Talk. Frank has written often on inequality, and how people are motivated as much by envy as by greed. This assumption, when generalized, leads to no risk premium, one of my favorite ideas. Frank does not seem to know that the absence of a general risk premium is a non-obvious implication of a relative status utility function. I hope Frank notices this consistent fact someday and adds it to his argument.

While we agree on a lot, I disagree with Frank's cure to the negative implications of status climbing. Basically, he posits that since we engage in a lot of conspicuous consumption to show off, we would benefit as a species from less consumption competition in the same way peacocks would benefit from having smaller tails (it would be less costly in terms of energy to produce, easier to evade predators). The key is having some sort of agreement outside-the-box that overcomes the individual incentive to overcompete, as when helmet laws in hockey make everyone safer. Thus, he favors a consumption tax, so that you tax income spent, not total income, and very progressively. This would discourage wasteful spending on watches and cars that would be better invested, which has positive externalities, or spent by government on public goods.

Frank admits taxes discourage effort and have dead weight losses, but thinks these are insufficient relative to the wasteful competition he would discourage via his tax. I don't want to argue about the relative sizes of these effects, and dislike his solution on other grounds.

Competition for status in inevitable. If people can not compete with wristwatches and cars, they will compete in other ways. Think about schools or prisons. Both of these places contain a lot of status competition, and there is a lot of anxiety as the strong ridicule and bully the weak, often using physical violence. Yet, these are also materially egalitarian societies, where differences in wealth are slight relative to 'real life'.

Reducing consumption inequality would not diminish status competition but rather channel it to less benign spheres. When a wealthy jerk buys a new Porsche or adds on to his summer cottage, this is much less annoying to me than the annoying jerks I knew in school (or conceive of in prison). Socialist countries where workers were not so material different had as much stress and anxiety than any Western country, which probably is why there is so much alcoholism in Cuba and Russia.

Bohemians and scribes like to think that if there was no material wealth there would be no stress, but really they are thinking: if we competed purely on intellectual grounds, I would be on top! If it weren't for the fact these people were better at superficial skills like sales and public speaking, the intellectual thinks, they would be less stressed by their their lower status because they would have higher status! This is not merely self serving but untrue. The jocks and blow-hards who out-compete them economically would not let these dweebs stand atop them via their eloquence, but rather, dominate them in ways unimagined. It's better not to go there.

There are many things I think are unfortunate, as when rich people waste money to feng shui their house while our roads need repairs, yet obvious solutions are usually counterproductive. Wouldn't the best solution be one that takes no state law: when you are content to be simply yourself and don’t compare or compete with people on one dimension (consumption), you will be happier and others will respect you for it. After all, is the fact that my neighbor has a ridiculously expensive wine cellar society's problem, or mine?
Posted by Eric Falkenstein at 5:45 PM

"Competition for status in inevitable. If people can not compete with wristwatches and cars, they will compete in other ways. Think about schools or prisons. Both of these places contain a lot of status competition, and there is a lot of anxiety as the strong ridicule and bully the weak, often using physical violence."

That is a pretty weak argument against a progressive consumption tax, for a couple of reasons. First, Bill Gates wouldn't stuff you in a locker or give you an atomic wedgie if he were subjected to such a tax. Second, you ignore the possibility of beneficial forms of non-consumption status competition (think endowing and buying the naming rights to wings of hospitals, etc.).

A better, utilitarian argument against a highly progressive consumption tax (though not against a consumption tax per se) is that it hurts the folks who make, service, sell, etc. fancy watches, cars; work in expensive restaurants; or otherwise earn their livelihoods providing high-end products or services. Another good utilitarian argument against it is that today's luxuries often become tomorrow's mainstream products, so the better high-end products are today, the more quality products and services will be available to everyone else tomorrow.

wrong on the drinking causes in socialism. men drank out of boredom and hopelessness, not because of inequality/unfairness.

If you make watches harder to get (by increasing their prices) you'll make them a more effective mean of showing off your status - so this tax should not discourage people from buying this too expensive stuff - it would be more expensive but also proportionally more effective. Of course it's really impossible to balance all these effects using just thought experiments.

hello there thanks for your grat post, as usual ((o:

I think a stronger argument in favor of a consumption tax RATHER than taxes on labor and investment is that we don't really want to discourage working hard and investing. Why do we levy so much taxation against hard work and wise investment when we know that taxes DISCOURAGE the activities they apply to?

Some people would argue that we don't really want to discourage consumption either, but I'm less convinced of that.

Don't you take the argument unnecessarily far when saying that a more progressive tax structure (on consumption or income) is designed to eliminate relative competition based on wealth? A fairer way to judge it would be that this competition still occurs but at a lower level. As someone who believes in a relative status utility function (which i agree with) I don't see how you get away from one of the implications being that the deadweight loss of taxation at high income levels is much less than a standard model would predict. Would appreciate your thoughts.

JB: There is a lot of progressivity in the current tax code, as 50% of earners pay no federal income tax. Frank is basically saying to increase this progressivity a lot, but on consumption. I think the deadweight loss would still be there, but Frank is hoping consumption signalling would be diminished, making us all better off (like cutting all Peacock tails in half), and use those proceeds more productively. I don't think reducing consumption competition would reduce anxiety, because people would compete in less benign ways.

I do think a consumption tax beats an income tax, but then, why not eliminate the tax on corporate profits altogether too? Then, people maximize their wealth, and pay only when they actually try to consume it. But I still think competitive consumption argument doesn't work, because that's easy for me to ignore (eg, I don't feel bad when I see someone with an expensive watch).