What Does Something Really Cost? 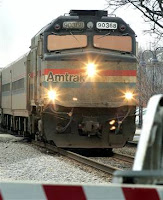 Any large institution has problems allocating 'fixed costs'. That is, I remember going over budgets, and certain functions, like headquarters, the CEO's salary, Treasury, was a 'fixed cost'. More problematically, you had many sunk costs, businesses we were exiting, that were obviously losing money (otherwise we wouldn't be exiting them). Each individual unit could be making money, but once we paid for the fixed costs and costs of the businesses we were winding down, the corporation was underperforming on a Return-On-Equity basis. As a corporation, you have to allocate all your costs to see if you are doing right by your shareholders.

For a government, it is much worse, because they do not have a balance sheet. Very few in government know how much anything costs. They just pass the law, and look at the marginal expenditure. Like the Social Security Trust fund, they operate using rules that would be illegal if done in the private sector. The market is a heartless thing, but at its core it makes sure that when people get more out of what they put in (profits), they do more; if they get less (losses), the do less or not at all. That's efficiency.

So when a private study reported that each Amtrak passenger costs taxpayers(ie, over the passenger payment) $32, four times Amtrak's estimate of $8. Oops. Further, the subsidy ranged from $4 (Boston to Washington DC) to $462(LA to New Orleans). Clearly, the higher costing routes seem ripe for exit, but it would be naive to think that is being considered.

Ludwig von Mises said the main reason capitalism would outperform socialism, is because in socialism no one knows how much anything costs, which makes it impossible to allocate resources efficiently. The Amtrak study highlights they don't know, and they don't even think it matters.
Posted by Eric Falkenstein at 8:43 PM

Does the study take into account the negative externalities of people driving or flying instead of taking the train (emissions, congestion, damage to roads etc.).

Don't think it would save your LA to New Orleans trip, but it might help Washington to Boston.

More generally, any number like this needs an enormous pinch of salt...

The better question is why do socialists love trains so much?

Autos are individualistic and emancipating inventions giving you free opportunity to go (almost) where you like.

The government can decide where a train goes, when it goes and (roughly) what it costs to get there.

Socialists love the idea of benevolent dictatorship. No wonder they love trains too.

here is a good example. when i got my tax refund, i got a letter telling me i was getting a refund. then i got a cheque. in the private sector, you would have got one email and a direct deposit. but there are no incentives for the treasury to be efficient, and therefore they aren't. incentives matter.

Really 7:34? Because you can get direct deposit of your tax refund. And I'm pretty sure I didn't get a letter telling me about it before the money showed up in my account.

I suspect you just refused to give the govt your routing info. That may be wise, but has nothing to do with any inherent inefficiency of government.

Carsten: "Autos are individualistic and emancipating inventions giving you free opportunity " ... to spend your time in traffic jams.
"The government can decide where a train goes" But they don't decide where to build the roads we use?