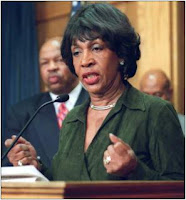 In abstract, a company run by the government is better than the private sector, because they operate maximizing total social welfare, not just that of the shareholders. Thus, the community, employees, even global warming, are simultaneously considered in their calculus. This is clearly better than merely maximizing shareholder profits.

That's the logic of socialism, a logic that was compelling to most intellectuals from, say, 1930 to 1970. Einstein, like many other smart, but economically ignorant writers, noted that "production for use" is obviously better than "production for profit", and legions of college students think that getting rid of profits would simply lower costs, and create a better focus on serving people rather than profits. The problem as Hayek pointed out, is that only a price rationing system in a free economy incents the right people, at the right time, to make the right decisions. It decentralizes decision making. The alternative is a political clusterfluck, as interests wrestle for turf over a perceived fixed economic pie. Hayek mentions Einstein specifically in his Fatal Conceit about this common misperception. With hindsight, this is clearly balderdash, as the difference between the prosperity, and freedom, of Taiwan vs. China, North vs. South Korea, East vs West Germany shows.

Consider the regulation of banks, which many Democrats think needs to be stepped up. Is regulation disinterested? Maxine Waters can be counted on for making all sorts of paranoid accusations, as she represents her inner city Los Angeles district in a way that would make Huey Long proud. But she and her husband have ties to OneUnited, the largest black owned bank in the US. Her husband is a director. The Wall Street Journal and New York Times report she owned $250 to $500k in bank stock, and also received "received interest payments from a separate holding at the bank, also worth between $250,000 and $500,000". Now, that's a return on capital!

Interestingly, OneUnited (an unlisted company) seems to have had most of its assets in Fannie Mae and Freddie Mac stock, obvious a bad investment, but also, suggests a fundamental lack of true banking, making loans, as opposed to merely investing in the stock market, which is a poor use of bank capital. it's privately held, so who knows what the solvency of this bank truly is, but if they had a lot of Fannie stock, they are in big trouble.

If they gave her a special dividend of $500k, she's worth it. At a hearing on minority lending in 2007, Ms. Waters criticized regulators for not doing enough to help minority banks stave off mergers with non-minority institutions. A provision designed to aid OneUnited was written into the federal bailout legislation by Mr. Frank, who is chairman of the financial-services panel. Meanwhile, it was disclosed that OneUnited pays for a Porsche used by one of its executives and its chairman's $6.4 million beachfront home in Pacific Palisades, Calif., a luxury enclave between Malibu and Santa Monica.
Posted by Eric Falkenstein at 9:45 AM