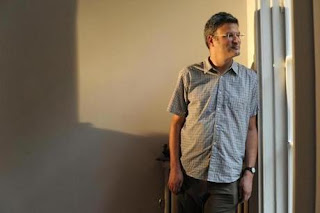 Paul Willen is a research economist at the Federal Reserve Bank of Boston. His big idea is that the key to the recent 2008 bubble was that people assumed housing prices couldn't fall. Everything else really follows from that.

Lots of parties exacerbated the crisis by encouraging unqualified buyers to receive mortages: investors, regulators, underwriters, politicians, homebuyers, non-profits, academics. None were sufficient, all necessary.  If Willen is correct the focus shouldn't be on these parties, guilty as they are, but rather, why it was conventional wisdom that housing had little aggregate year-over-year price risk. If we understand that question better it might be more fruitful than other correctives, because if everyone thinks an asset has zero risk, it seems probably that it will become risky (eg, see my Batesian Mimicry post).

Just getting people to agree this was the conventional wisdom would be a great service, and I think academically feasible to demonstrate. With hindsight, fewer and fewer admit to thinking housing collateral had no risk.  Others suspect that those who thought housing would rise forever were simply evil and self-interested, like Goldman's Fabrice Tourre. I think that narrative is highly misleading.
Posted by Eric Falkenstein at 9:14 PM

When the government guarantees the majority of housing loans against loss, it stands to reason that housing would be viewed as a risk-free asset (regardless of whether home prices rise/fall).

The majority of subprime the banks got caught holding was not meant for their balance sheet, but other investors that were silly enough to buy anything rated "AAA" without looking at the underlying asset.

Of course, it would invite prosecution and lawsuits if the key banking executives ever admitted that (ala Henry-Blodget)they were simply creating/repackaging crappy mortgages to make a quick buck.

By that logic, it seems very possible that the public and investors were the ones fooled into thinking housing prices never go down (most likely by deluded realtors), while the bankers simply believed they would sell their exposures prior to a downturn.

RRE had little YOY price risk when buyers were putting a lot more of their own money at risk and mortgage lenders were on the hook if loans didn’t perform. In other words, when all interested parties were incentivized to perform extensive due diligence, capital was committed much more wisely. Also, encouraging the falsehood that “home owner” is some kind of uniform, always desirable status obscures the reality that all real estate is in fact unique and that the details are everything.

Bill Gross (among others) has argued essentially that the forces of globalization have, for all intents and purposes, eliminated huge swaths of US jobs that aren’t coming back and that the US workforce has had only limited success in adjusting to this new reality. The wise men at the Fed etc., being all too aware of this, have responded by steadily driving down interest rates for 30 years and helping to foster one asset bubble after another in an effort to keep most of the populace mostly affluent most of the time. We may have run out of (positive) interest rates and asset classes at this point and have little choice but to face the music.

The Batesian mimicry post should be required reading for every person who wants to pretend that they know something about money and people. It is the best explanation of the business cycle we are likely to see because it describes the actual conduct of business people and investors.

Interesting observation about symptoms and causes. Could the argument advanced by Willens just be another symptom caused by envy? Willens makes an interesting point, but when it is so hard to determine what is a symptom and what is a cause, it is unlikely that his argument will last another news cycle....

'...it seems very possible that the public and investors were the ones fooled into thinking housing prices never go down (most likely by deluded realtors)....'

How about the deluded Boston Fed;

Without which the RE bubble never would have happened.