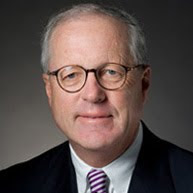 James Johnson is still on the Goldman board, and seems poised for reappointment, which pays a nice $520k/yr for a handful of meetings and more importantly, some phone calls.   He was at the helm of Fannie Mae when it was building its house of sand based on borrowing with a government guarantee, investing in mortgages, and growing at unsustainable rates that inevitably led to subprime, though they stated this exposure was $2B for a while, before noting it might be $250B (oops!).  More importantly they put the Government Seal of Approval on no-doc loans via their underwriting software, MyCommunity Mortgage.  Regulators could not say any loan approved via this software required extra capital, given Fannie and Freddie required basically zero capital, and they didn't. If there was a poster child for the bad behavior of the mortgage crisis, Johnson would be on anyone's list of candidates.

Some funds have a problem with Johnson, and think he should not be near the cockpit of a financial company, as he clearly does not understand things like 'probability of default.'  But these outsiders don't understand the game like Goldman, who knows the essence of much of their alpha is not so much smart employees and their default models, but exceptional access, and Johnson is very well connected. Johnson was a bundler for the Obama campaign, raising between $200,000 and $500,000, and still can call important Washington people and get through. I'm a free marketer who is generally symathetic to private firms, which is why I can't stand the executives at our large financial institutions, most of whom have sold their souls for access to legislators granting little monopolies under the pretext of equality and safety. Call me a prig about principles, but I think it's pathetic. Our modern financial system at the top levels is uncompetitive and corrupt, and relies on favors granted by politicians.
Posted by Eric Falkenstein at 8:15 AM

We are not alone...according to Raghu Rajan (it's bad adharma);

'...we have not established public support for the basic principles of competition and free enterprise. Indeed, distrust of even the legitimate activities of the private sector has grown. Not surprisingly, the utopia promised by the extreme left is once again enjoying a resurgence of popularity.'

I guess I've changed my mind a bit. It isn't black and white, and so Goldman isn't all bad/good, and they have many very talented people. But all the top Inv-banks seem all to have senior management dominated by those who don't understand banking, and it isn't getting better. More and more execs purely know people, not financial markets and products.

Blogger has changed my ID to 'maxander', which was an old username for something. It's me Eric Falkenstein.

The people of Goldman are incredible. They are usually the top people in their area who aren't in hedge funds. And the connections at Goldie are even better.

My experience with them has been "yeah, I know that guy." If you need a deal done, go talk to Goldman, they know the right person, and can call him immediately and get it all moving - if it's in GS's best interest.

Getting in at Goldman is such a huge career boost. I don't know why someone would turn it down, even if the job was awful. The networking is incredible if you take advantage of it.

hey check this new website www.countcode.com. It's a social network made for programmers, where you can download,share or upload source codes, where you can count your own code lines for free. You have access to the web forum and the web chatroom. we are happy to have you joined to our community!