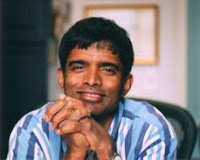 Aswath Damodaran has a set of lectures from his class at NYU available online. He's an expert on 'valuation', which is kind of like being an expert on 'efficiency'. Obviously, if you could make something specific more efficient, or know the true value of a certain stock, you can make a lot of money, so it's understandable he glosses over some things and instead just gives the kiddies a framework to become successful green-eyeshade equity analysts.

He's a very clear lecturer, not getting bogged down on second order adjustments that are technically correct but practically irrelevant. He's very unpretentious, which is refreshing. Alas, he seems oblivious to the fact that his method has zero empirical support, and not for lack of trying.

In contrast to those deriving risk premiums, he's all application, and he clearly assumes that a risk premium exists and must be accounted for. His number for the US, is currently around 4.5% (he has a website with this info here). While he notes that historically, the return on equities above the risk-free rate is pretty volatile, and that the geometric average is a couple points below the arithmetic average, he does not make a big deal about it, as if 2% doesn't matter much, and given the ultimate set of ad hoc decisions, this gives a flavor of where he's going. He mentions the survivorship bias of the US as well. Taxes, adverse market timing, and transaction costs, are presumably irrelevant, though estimates for each of these is on the same order of magnitude as the geometric vs. arithmetic difference, or the survivorship bias (see here). All those 2% adjustments add up.

He favors adjusting for risk even if no betas are used, however one likes to dice up risk, so that higher risk firms have higher expected returns (and thus, higher discount rates or costs of capital). But his preferred approach is bottom up betas and they involve many different assumptions. He outlines several methods, including one that takes the percent of revenues from various countries and sectors (consulting vs. software), and applies separate risk premiums based on these exposures. You can map these exposures into regions, which can have their risk premium derived from Moody's rating for government debt, and their implied currency-specific risk free rates. You can also use the relative aggregate volatility in that country and the equity premium implied by the currency's libor premium to the dollar.

These all seem reasonable, but there's no empirical evidence that such distinctions show up in actual returns, in fact, most of his examples go the other way. Sure they all seem plausible, indeed, given an economist’s assumptions on the utility function—that utility is increasing in wealth at a decreasing rate—this is both a necessary and sufficient reason for there to be a risk premium, so presumably just construct an intuitive risk metric and expect higher returns. Alas, the risk premium does not appear. It’s simply not true that growth outperforms value, or certain stock sectors have higher returns, even countries do not have obviously higher returns, or that more volatile stocks have higher returns than low volatility stocks. A beautiful theory killed by data, it happens all the time.

I explain this as due to utility being primarily envious, about status as opposed to wealth. While correlated ideas, one produces risk premiums, the other not. If you want to get rich, find your niche, don't expect to make money merely by tolerating great pain (ever notice those 'dirty jobs' don't actually generate a premium--there's a surplus of masochists out there). The returns in equities is like returns derivatives, the risk free rate. There are exceptions, but as a general rule this is better than assuming that risk begets return. The benefits of this approach is not merely a more accurate though less ambitious risk premium, but the effort saved can then be applied to something more fruitful, such as actually looking at the company's business model and forecasting revenues.

At one point, Damodaran notes Warren Buffett's use of simple Treasuries for discount rates, seemingly making his bottom-up betas a huge waste of time, but you had to figure he's got an answer for that. He says that when the Oracle of Omaha projects cash flows, he calculates 'certainty equivalent' cash flows. Now, I know Buffett tries to be conservative, and has a 'margin of safety' in his hurdle rates, but I really doubt he generates 'certainty equivalent cashflows' in the academic sense. Such cash flows are not adjusted for imprecision, or volatility, but rather correlation with something like the S&P500 or GDP. Then, the adjustment is a linear function of this covariance. To say that's what Buffett is doing by making conservative cash flow assumptions, implicitly, is one of those assertions that seems plausible, but under scrutiny absurd.

Damodaran talks about applying this to specific companies overseas, where he's apparently an international expert, flying all over the globe. This highlights that credentialed experts are very useful when dealing with imprecise assumptions, just tell him the answer you need and you can get the objective datum you want.
With his bottom-up approach betas can be very complicated, yet never so much that a noob can’t understand each little step in his algorithm. I love the idea of taking a company like SAP, with years of history, and instead of using the obviously irrelevant top-down beta, use a less irrelevant-seeming 'bottom up' beta by separating the revenues by continent and then into consulting and software. As a consultant whose main input is the discount rate, if he merely applied the beta taken from regressions of the stock price it wouldn't seem worth $50k. Going over all the bottom up logic requires lots of face time with senior execs, something both consultants and insecure executives love.

Yet ultimately there's absolutely no evidence this approach produces either more accurate forward covariances with the aggregate market or better predicts expected returns than simply using a number like Libor (the Buffett approach). It's typical consulting, in that the process allows the consultant to give the answer a particular firm-insider want, all with the pretense of rigor and objective analysis. It's hardly more scientific than astrology in its actual implementation, even though its filled with many reasonable assumptions and interpolations. I can see how someone unaware of the failure of the CAPM, and any risk proxy, could find him totally convincing and convenient.

How can so many smart people be fooled like this? Well, like many popular erroneous beliefs, it is not obviously wrong. The false syllogism "you must take risk to get large returns implies risk begets return" seems true. It's popular among scientists, and their consensus has a lot of weight. It's consistent with other economic assumptions that have been around for a while. It creates a pedagogical structure that is perfect for teaching, as there are fundamental assumptions, mathematical implications, and empirical applications.

It's just wrong, a waste of time, like calculating different expected returns on options.
Posted by Eric Falkenstein at 10:06 AM

P.S. I enjoy your writing.

tx! my editor is really slacking off.

Eric, can i assume if I build a portfolio that under-weights high beta stocks and over-weights low beta stocks I will tend to "outperform" the cap weighed portfolio?

And if that's true, are you saying people don't do that because envy incents them to hold a cap weighted portfolio?

Well written, sir. I am reminded of another of Buffett's dictums, "I would rather be approximately right than precisely wrong."

I don't know this subject like you do, but most stock gamblers (like me) need to simplify. In my simple head, I think that the return from a stock that generally is expected to go up 10% in a year can be goosed by adding leverage to the position. Leverage, while not equal to risk is akin to it. That may be why it is intuitively assumed that risk generates return.

That doesn't mean it is true, just a possible explanation of why the belief persists.

The thing with corporate finance is that is a normative tool which helps you to value a company. This is different from a positive theory such as asset pricing. Thus even if you fully believe in a flat empirical risk-return relation (after you read Eric's book) you could still use a company beta to give a lower valuation to high beta stocks and a higher valuation to low beta stocks, ceteris paribus. This is the way to make money with the insights from this website. If more investors would use this normative framework (as thought by damadoran) then the risk-return relation could become positive after all.

It's not relevant to this article, but I hope that Eric will update the great post from Steve Sailer based on this data:
http://www.nytimes.com/2010/07/09/business/economy/09rich.html?_r=1&hp

To make up for the snark, I should add that this is probably my most favorite blog to read, in the whole wide world.

Another anonymous says: Wealthy people are in a higher tax bracket. So they have a much higher %age of their mortgage interest and property taxes subsidized by the government.
So we can blame this on government policy.
In other words, I'm i'm in the 35% bracket, and spend 100,000 on interest and property taxes, I get a $35,000 "subsidy" from the government through reduced federal income taxes.
But, if i'm in the 15% bracket and have a $1,000 mortgage, my "subsidy" from the federal government will be under $1,000.

This graph may interest you:
http://econompicdata.blogspot.com/2010/07/things-that-make-you-go-hmmm.html

Your editor also missed the mis-spelling of Buffett twice. ;)

John: quarterly performance review is going to be pretty ugly...