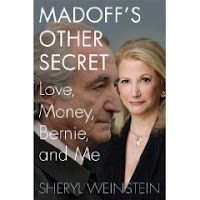 As the New York Times only prints news fit to print, I feel obligated to keep inquiring financial minds informed on all dimensions of the financial crisis.

It's been documented that subordinates laugh more at their bosses jokes than vice versa. Such is the nature of interaction in a hierarchical society with a strong pretense for egalitarianism. Rich people have more friends, bigger birthday parties, etc. But once you lose everything, you suddenly aren't as funny, as friendworthy, as desirable.

Bernie Madoff's ex-mistress, clearly not above seeking financial gains where others don't, wrote a quickie book Madoff's Other Secret, in which she informs us about Bernie's various inadequacies, including one I never really thought about (from Bloomberg):

Bernie had a very small penis. Not only was it on the short side, it was small in circumference. That he was now pointing it out to me was telling. It clearly caused him great angst. I wanted to be careful how I responded. Men and their penises have a strange and unique relationship...[However] I liked this man and didn’t want to emasculate him. His tiny penis hadn’t prevented me from climaxing...On the bright side, oral sex would be a breeze.

In his position this isn't very damaging to his status. I can't think it helps her socially, but I imagine without that passage, there would absolutely nothing noteworthy in there.
Posted by Eric Falkenstein at 6:22 PM

Since she's trying to reconcile with her hubby, she's motivated to dwell on Bernie's shortcomings (as it were) to prove to hubby she did it only for the money. "He gave me capacity in his fund.. so I offered him my capacity.."

He not only took her money but made her go down. That's a salesman!

One of my favorite Robot Chicken sketchs goes like this.

- A couple is standing in a hotel hallway. The woman holds up a hot dog, then throws it about halfway down the hall.

Woman: Do you see the problem here?

Bernie's dick may be small, but at least he managed to screw more people than anyone else.

I'd bet this wasn't a problem while he was wining and dining her.

i'm guessing her original choice of title was I Got Screwed