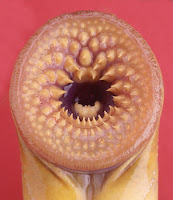 After the latest defeat for SCO in their attempt to game US intellectual property law, perhaps it is over. The SCO-Linux litigation was absurd, predicated on 80 lines of insubstantial code on previously released software that was no longer used, but it was a hook for probable cause and thus the litigation commenced. Presumably, Microsoft told one hedge fund this was potentially viable, giving more reason to hate Bill Gates (as if Vista and Clippy weren't enough).

The mercenary lawyers who present these cases give $5 whores a bad name, because at least in those cases there's some utilitarian benefit. I remember in my litigation, after one hearing the opposing lawyer smiled and offered to shake my hand, like, this was just business. It was to her, but to me. Not being able to use anything related to "volatility", or "mean-variance optimization" because it would all be fruit from the poisoned tree, would make me forsake all my human capital, as well as a subject I really liked. I didn't shake her hand, I thought she was scum. Later at some meeting during the standard small talk, she was mentioning her charity work with orphans in South America or something, and I thought, you're still scum. I'm sure she thinks it balances out, engaging in vindictive lawsuits for insecure paranoids by day, helping heal cleft lips by night, but if there is a God, He won't allow dreck like that to pay for sins with charity.

There isn't a word for the people who use the law this way (anti-mensch?). Unfortunately, after RIM paid $650MM to a patent troll, lots of people think they can buy up property rights and extort companies. These people are parasites, pure and simple, all the worse because they probably live in nice communities among virtuous people unlike standard parasites that no regular being would recognize as equal, and are educated enough to know the context of what they are doing, but the law allows people to quote scripture for venal ends.

The worst thing, if you are on the end of these, is finding out that reason no longer matters, rather, every absurd claim such as "you can't use mean-variance optimization" or "profitability" as a factor in assessing stocks, is considered a viable property right assertion. If 'profits', 'volatility', and 'mean-variance optimization' are things I had to prove were not obviously part of the public domain, consider if you were a using something less obvious like pairs trading. Of course, you would 'win' in the end, but by then you haven't worked in a couple years and spent millions of dollars. Anyone working for a hedge fund in the US is open to the whims of rich men and their pit-bulls, you have to choose your business partners very carefully. Obviously, this case brings up bad memories.

SCO and their brethren give pond-scum a bad name. It's a shame they don't have to pay for wasting Linus Torvald's time.
Posted by Eric Falkenstein at 6:57 PM

The best revenge is to eat them (Dr H.Lecter).

But nothing to excess, one can die of a "surfeit of lamprey".

I feel your pain.