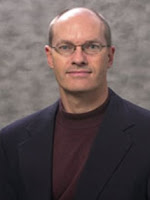 A sad note that in every field, protocol is a prerequisite to substance. A paper not only needs to have a new point, but it must do so in a way that patronizes the methodology they all have uniquely mastered. A scientist is generally not someone who simply knows a lot about 'x', but also knows how his status tribe discuss such ideas. Whether its post modern philosophy or economic dynamics, the key is the methodology, because that is what defines who is relevant, because someone with good ideas, but who does not use your method, potentially trashes your human capital (eg, you mean my understanding of the difference between Brouwers' and Kakutani's fixed point theorems was wasted?).

Of course, scientists will deny this, say that while they know some others who act this way, they themselves just care about truth, the scientific method, prediction, etc. It's true to some degree these attributes define what persists, and in that sense, is operative. But to get published, you need to play the game.

From the Chronicle of Higher Education, David Hakes, an economics professor at Northern Iowa, shares this anecdote:

When we submitted the paper to risk, uncertainty, and insurance journals, the referees responded that the results were self-evident. After some degree of frustration, my coauthor suggested that the problem with the paper might be that we had made the argument too easy to follow, and thus referees and editors were not sufficiently impressed. He said that he could make the paper more impressive by generalizing the model. While making the same point as the original paper, the new paper would be more mathematically elegant, and it would become absolutely impenetrable to most readers. The resulting paper had fifteen equations, two propositions and proofs, dozens of additional mathematical expressions, and a mathematical appendix containing nineteen equations and even more mathematical expressions. I personally could no longer understand the paper and I could not possibly present the paper alone.

The paper was published in the first journal to which we submitted.

Posted by Eric Falkenstein at 11:51 AM

This effect hits some disciplines much harder than others. For example, if I have a compelling insight in business I may not need to get the approbation of other business elites. I can probably just go put my insight to work. The same is true of engineering.

In fairness, you are talking about science. But even there, the effect can be different depending on the nature of the insight you have developed. Some insights are so powerful, so useful, that their rightness is not easily disregarded by an establishment who may be threatened by, or otherwise unmotivated to assist you.

Eric, I read your blog regularly & almost always disagree with a good proportion of what you write. I always come back because it's stimulating, insightful & what's the point of reinforcing all my own prejudices all the time!

However, this time you've hit the nail on the head 100%. I consider myself mathematically literate but not a math genius. I'm above average (like 75% of the population!!) but a lot of business, risk & economics literature is impenetrable and so unintelligible and so, even worse, unusable.

Set out the math if you need to, or in appendices, or in a section, but it must be possible to explain the essence to those who are not math PhDs.

Hakes' anecdote is so familiar & so depressing.

Thanks for highlighting the issue.