In a review of Robert Skidelski's new book arguing for a return to Keynesianism, Greg Mankiw gives Skidelski the common backhanded compliment: he is a great historian, but doesn't know squat about economics. DeLong gave Skidelski a similar review for a previous Skidelski book on Keynes, to which Skidelski took exception, and DeLong was peplexed: I said he wrote well, isn't that good? Ah, to be good at anecdotes, funny trivia, syntax, but 180 degrees wrong on substantive views about the economy, may sound like half-a-loaf to some, but anyone who writes this long and hard about a subject thinks his writing skills are for a greater good, not mere entertainment. That greater good is understanding the essence of how macroeconomies behave. So the standard praise for Skidelski is like the boss who sums up his secretary's career by highlighting she was really good at making coffee and keeping his schedule, and then is nonplussed at her reaction.

Mr. Skidelsky fails to give Keynes's intellectual opponents their due. In academic circles, the most influential macroeconomist of the last quarter of the 20th century was Robert Lucas, of the University of Chicago, who won the Nobel Prize in 1995. His great contribution to the discipline was to analyze how government policies influence the economy in part through their effect on people's expectations—a lesson that Keynes would likely have appreciated but that early followers of Keynes often ignored.

Now, I'm no fan of Keynes, but Lucas has problems of his own. Lucas became important for developing a model that showed why the Phillips curve was only a short run phenomenon. That is, prior to 1970 or so, economists looked at the data, and found inflation and unemployment were inversely correlated. They came up with fancy models as to how this was so, in a Keynesian framework. Milton Friedman and Edmund Phillips noted this depended on people mainaining stale inflation expectations, and that in the long run, inflation would rise higher and higher without lowering unemployment. Indeed, after one puts so much inflation into the system, it necessitates a great recession to unwind this inflationary pressure. 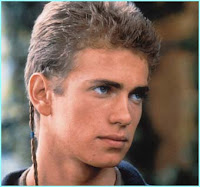 Bob Lucas came along and formalized this reasoning. In his Lucas critique, he noted that the Keynesian model assumed that expectations were invariant for various interventions in fiscal and monetary policy. If expectations were rational, that is, if the actors in the economy knew as much as the modeler, their optimal response would neuter these interventions. In this way, money was neutralized, and in the stagflation era of the 1970's, this had a lot of resonance: in the short run inflaton was a clusterpuck, in the long run it could not augment growth. Lucas created a dynamic model where economic actors had foresight, and were maximizing their utility. Using a relatively simple mathematical construct this reasoning was very clear. Indeed, for analytical types who dislike the imprecision of words, much more compelling than anything Friedman and Phelps wrote.

Note that what Lucas did was clarify logic others had already presented. It was an intuitive idea, and all the causal relations in the Lucas Island Model are consistent with anything one might read in Friedman's work. The implications from the Lucas model were not novel, rather, clearer. Unfortunately, at this point Lucas turned to The Dark Side, and thought that since some mathematics was good, more was better. As his work got more and more mathematical, he got into measure theory, contraction mapping theorems, Liapounov Functions, Fixed Point theorems, etc. (see Recursive Methods in Economic Dynamics). None of this shed similar light on existing debates, nor did it discern interesting new ideas. It exemplifies the hope of method, based on the success in one area, and did not work. Macroeconomics has not become more fruitful because of this thread. It's all consistent, and clear, but I sense it's like constructing a mathematical model history or happiness. To see why this angle does not work one only need to look at Gary Gorton's interesting theory on how the 2008 crisis was a bank run on repo. It's a model, but it does not generalize to something that can be applied to the economy at all times in a dynamic model of GDP growth. It uses math, but only at an undergraduate level.

A major success, such as bringing so much light to an intuitive idea via a mathematical model, breeds great optimism. Alas, here's a case where economists made a meta-mistake, thinking the method was the innovation, as opposed to the simple idea the method articulated. Give a man a hammer, and everything's a nail. The macro hammer was not rational expectations, or mere consistency, but rather, formalism; complete general equilibrium models where you have production functions, utility functions, stochastic processes for parameters, dynamic utility maximization—no more 'comparative statics'. The Lucas critique of Keynes remains as valid as ever, but his oeuvre contains many mathematical curiousities that will be as well remembered as Patinkin's endless recitation of partial derivatives in his Money, Interest, and Prices (1956). Old economist remember cutting their teeth on the problem sets these tomes generated, and like to think they aren't totally irrelevant, but this is simply a romantic notion that the trials of our youth were all essential in building our character. There are lots of difficult exercises that are merely difficult.

It is useful to note that even though Lucas highlighted the inconsistency in the Keynesian system, many Keynesians still believed in it anyway. Lucas, and Friedman, still relied on assumptions, and in anything as complicated as a macroeconomy, one can object, or ignore the model wholesale. Many thought that inflation would rise when unemployment went below 6.0%, but then in the late 90's it went to 4.4%, and inflation did not rise, Keynesians were perplexed, but then merely shifted the Phillips Curve over to the left. Thus, even Lucas's crowning achievement did not end the debate, he just made Keynesianism less popular. Keynesians no longer dominated economics departments, but they have always been very prominent.
Posted by Eric Falkenstein at 6:09 PM

Eric writes: "Using a relatively simple mathematical construct this reasoning was very clear. Indeed, for analytical types who dislike the imprecision of words, much more compelling than anything Friedman and Phelps wrote."

I think that this is important because, economists think that if a) they can prove an assertion X in a model, then b) X is true, if the model is approximately right.

There is nothing to this pursuit, the necessity that attaches to proofs have little to do with what must happen in the social world.

>"Many thought that inflation would rise when unemployment went below 6.0%, but then in the late 90's it went to 4.4%, and inflation did not rise"

It could a consequence of central banks acting on Lucas' principles that there's no point in letting inflation rise (avoiding booms and busts).

Or perhaps wages were structurally going down (weaker labor unions), hence both unemployment and inflation went down?

Chicken or the egg problem.