Babies are Not Smart 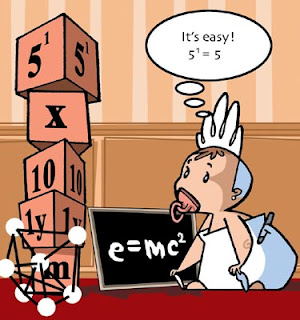 My baby Izzy will be sui generis someday. But right now, she's pretty much like every other 12 month old human. As The Onion noted in a seminal 1997 study, babies are cognitively challenged, totally incapable of doing the most rudimentary things for themselves. In contrast, a 12 month old octopus, despite zero parental instruction, can find its own food, avoid predators, and mate (without a 'birds and bees' talk).

We were at a neighbors having a barbecue, and Izzy was bouncing rhythmically to the music being played. Clearly, she likes music, as most babies do. She responds to touch, faces, and baby-talk of adults (high in pitch, shortened words). She does not appreciate abstract reasoning in the least, currently only accessing the medullary core of her brain. But somehow, incapable of the most elementary logical proofs, she will become a better thinker than any computer at things that really matter to people. Now, Cyc is a project to create a set of propositions (all men are mortal) and rules (men get older as time goes forward), to create a proto-human, something that could pass the Turing test, something that Izzy will do well before Cyc (see Lenet's talk here on Google tech talks). This project has been much more difficult than imagined.

It therefore seems either our sensual appreciations are necessary for creating the logic of an adult, or our sensual perceptions merely help us figure out the basics of survival, the 4 F's (fight, flight, feed, and mate), that allow us access to the next level of human thought. That is, like acquiring language, humans tap into this after certain level of functional competence has developed, and our innate sensual appreciations are only necessary for logic, irony, and other high-level human thought processes, in the sense that they keep us alive long enough to reach this reservoir [like the way the alien monolith was revealed to Earthlings in 2001: A Space Odyssey only after we had developed sufficient technology to reach the moon).
Posted by Eric Falkenstein at 11:12 AM

She might be a baby, but I bet she's smart enough not to care about UFC 84.

It's computer scientists that develop the search algorithms, like google, that are efficient. I always thought the Library scientists were a step above the pharmiscists (sp?), in that LSs have to file while the Rx dispensers just have to count your pills.

I am quite confident that neither of your theories is right.

I think the appropriate analogy is a computer that takes a long time to boot up.

Remember that the design of the brain is guided by evolution.

You should read "How the Mind Works" by Steven Pinker if you haven't already.\

Our little genius, as soon as she could hold a rattle, would flail her arms around and hit herself in the face with it. Then she would look around trying to figure out where the hell that came from.
Pretty good metaphor for a lot of the stuff that happens to us in life.